This months inspiring woman is Heather! 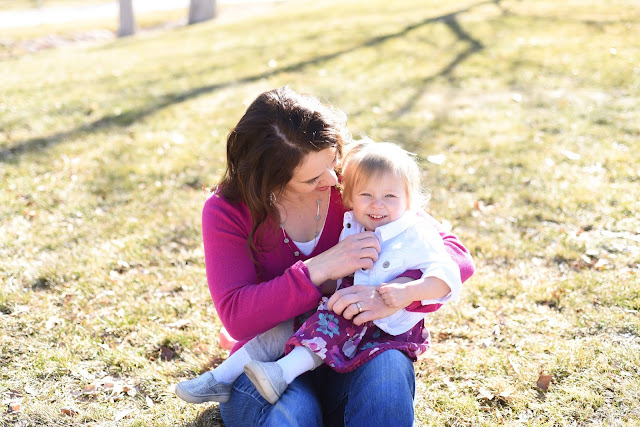 When I first met her I was blown away by her story. She is someone that listens to promptings from the Lord, even if it is something she is confused by. She sacrificed so much for one little girl!

Here is her story...

I’m going to be very honest in this account, so you are going to see me—warts and all. As I write this I hope that I’ve grown up a little bit. It’s also interesting for me to review how small and simple things can change our lives dramatically.

On November 27, 2011 (I remember, because it was my birthday), I received what to me was devastating news: I received a new church calling—I was to put together the ward bulletin. You know, type up the speakers, prayers, songs, and announcements and make copies to distribute on Sunday. Now this probably doesn’t seem like devastating news to anyone else, but it was to me. I was completely and totally offended. Apparently our bishopric had not received a copy of my church resume. I even went to the Lord in prayer when I came home from church and asked, “Do You not trust me anymore? Is this all You think I am capable of doing these days?”

I am sure that the Lord was laughing at me that day in the kindest way possible, but He also gave me the prompting that now was the time for me to focus on the callings that are truly most important—and don’t come with a bishop’s interview. He helped me realize that what I really needed to focus on was mothering my children in an involved and intentional way, and truly meeting the needs of those I visit teach.

At this time I was visiting teaching a family in rough circumstances. Their lives were touched with drug rehab and jail time. They also had a young baby—not quite a year old. Oh, he was so sweet! I babysat him when I could, and just wished I could keep him safe and secure while his family was getting their lives back into a good place. (Our bishop at the time worked with DCFS, and he was very familiar with the family’s situation, so I assumed that if the child had needed removal, that it would have happened.) As I considered this sweet little guy, the thought came to me, “There are hundreds of children who are in worse situations than this. You are willing to help this one because you know him, but could you help those you don’t know?”

This thought began to haunt me—I couldn’t put it out of my head. It became a matter of prayer for several months before I even mentioned it to my husband. For about 5 months, my part of the conversations with Heavenly Father usually went something like this: “Are you kidding me, Heavenly Father? You want me to do WHAT???? I can’t even mother my own 4 children the way I should. I think you’ve got the wrong girl here.” Finally I humbled myself enough to mention it to my husband, who took it very well, and we both decided to make it a matter of prayer.

In October 2012 we got our answer. We were listening to General Conference, and Elder Dallin H. Oaks gave the talk, “Protect the Children.” (https://www.lds.org/general-conference/2012/10/protect-the-children?lang=eng) My husband and I were standing in the kitchen watching the conference on our computer, and the spirit just overwhelmed us both. We still didn’t know if we were capable of being foster parents, but we definitely knew that was the direction Heavenly Father wanted us to go. At times, I even hoped, “Maybe this is my Abrahamic test. Maybe I just have to show God I would be willing to do this, but maybe I’ll never really have to.”

We started the process right away with Utah Foster Care, but with the timing of everything we weren’t able to take our 32-hours for licensing until March 2013. We were licensed in May 2013, and then began the waiting game. We knew that there were many older children awaiting homes, but for us, we felt like we really needed to take children younger than our youngest—who at the time was only 3. We also knew there was a great need for people who would take sibling groups, but I only felt capable of taking one child for my first placement. So with our parameters so narrow—1 child younger than 3—we knew we may never even get the call.

But in January 2014 we did. The call came at lunchtime. Would I be willing to pick up a baby from the hospital that night? They didn't have a lot of information but they told me what they knew. Because we knew that taking a child younger than 5 years was a commitment to adopt the child if the parents lost their rights, I wanted a chance to talk to my husband and pray first, so I told them I would call them back. As I prayed, I didn't feel like I got an answer as to whether or not the baby belonged in our family forever, but I did feel like I should offer to pick the baby up from the hospital. However, by the time I called DCFS back, they had found another home for Cameron (name changed for privacy). I had such mixed emotions--relief and disappointment both. But at 3pm DCFS called back. The other family had fallen through but she had to be picked up from the hospital today. Would we pick up Cameron, even if we couldn't keep her for the long haul? Of course! So an hour later we had greeted our children home from school with the news (which brought them to tears of joy and excitement--they had awaited this day with anticipation!) and had left to another town to pick up Cameron.

It was surreal. Cameron was tinier than anything I had ever seen--I was afraid I might accidentally break her. And everything had happened so fast! There was a lot of bureaucracy to deal with before we could leave, so we finally got home at 10:30pm--tired and very overwhelmed.

But Cameron was an instant joy! She fit so well into our family, and the way all the other children rose up to contribute to our Family Team was amazing. Although we thought we were doing a service for Cameron, we had no idea ahead of time how much she would change our lives for good. The smiles Cameron had for everyone! The social nature, the intelligence, energy, inquisitiveness and curiosity! The love that came into our home that year! Without a doubt, 2014 will go into our history as a banner year for our family.

But all this time, I knew that she was supposed to go home. I wanted to love her so much that she would lack nothing, but I also knew that I was choosing to have my heart broken. I would often hear people say, “Oh, I could never be a foster parent. I would get too attached.” And I just thought, “This isn’t about me. It’s about her. So it doesn’t matter if I get too attached.” I decided that the hand she was dealt in life was hard enough. Taking some of her pain was part of my job. I was the adult. I could handle it.

But even though I knew the day was inevitable and I thought I had prepared myself, I was still surprised at how much my heart hurt when the day came in February 2015. Her returning to her biological family was good. It was right. We knew it was Cameron's mother's privilege and responsibility and blessing to be the Mom, and to have Cameron in her life. But wow, were our hearts breaking! It felt good to be gathered as a family to cry and talk and grieve and hug and pray together. And although it felt so hard right then, we were still SO GRATEFUL for that last year and for our experience with Cameron! Our lives were so much better because of that little spirit in our home--and I wouldn't have changed a thing. The joy of having her in our home even outweighed the heartbreak.
For the next several months Cameron’s parents allowed her to come visit us once in a while, and it was wonderful to see her and hold her and laugh and play with her. Sometimes I would hold her and just think, “You belong HERE,” but then I would quickly tell myself, “No. She belongs with her parents. If she belonged her, she would be here.”

In July 2015 we again got “the call”. Could Cameron come back? This time it would be forever. Again, I grieved. As painful as it was when Cameron had to leave us, I also grieved at her return. Not because she was returning to me. OF COURSE we would take her back—gladly! But we recognized the loss that came with our gain, and I grieved for the loss of potential for Cameron and her biological family.

The adventure we call life has continued on since that day. Cameron quickly fit back into our family. Two weeks ago Cameron became legally ours. Next month she becomes eternally ours. When I look at Cameron now, I can’t imagine my life without her. She is as much mine as any of my biological children. I believe she was meant to be mine from the beginning, and that rebellious thought now feels justified: “You belong HERE.”

I consider how I fought the prompting to become a foster parent, and I am horrified to consider the consequences if I had let fear get in my way from following God’s will. No Cameron? Perish the thought! Someday soon, I hope to trust God so implicitly, that I will welcome those “scary” promptings, because I know that God loves me, and that his directions will only bring me joy in the end. 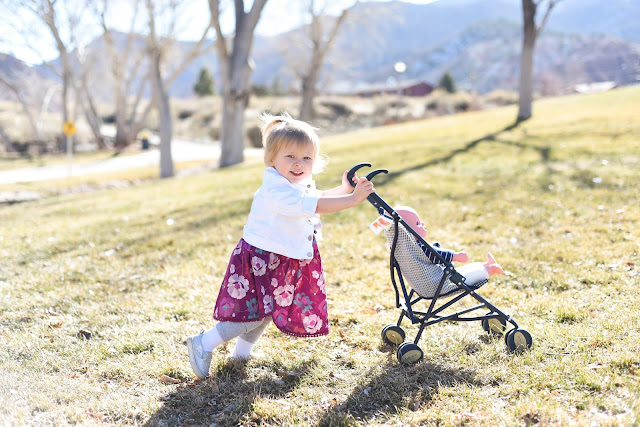 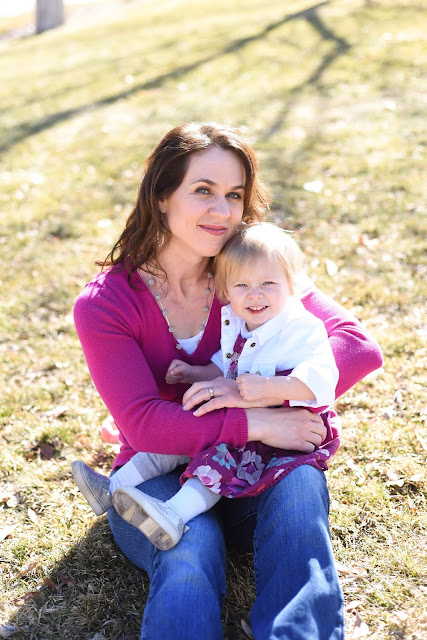 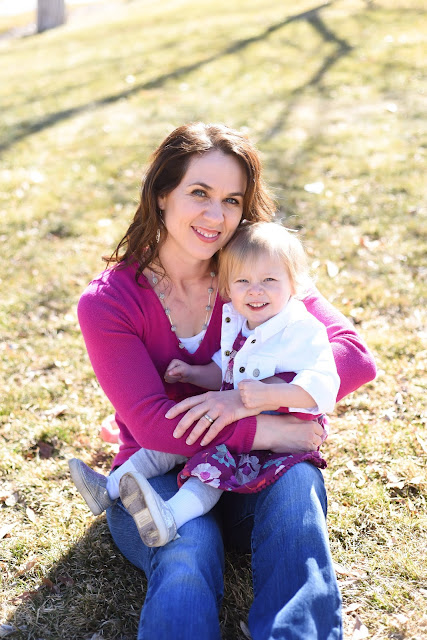 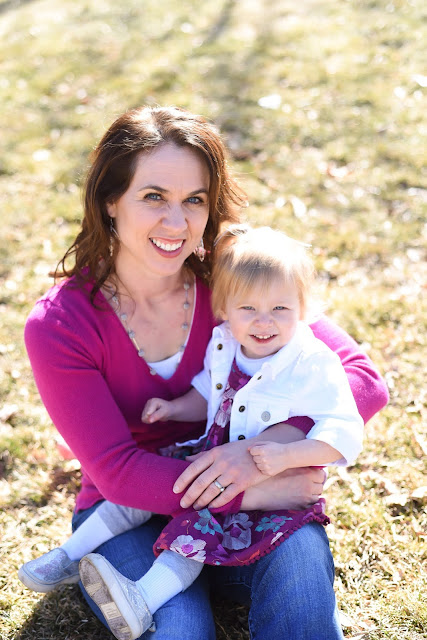 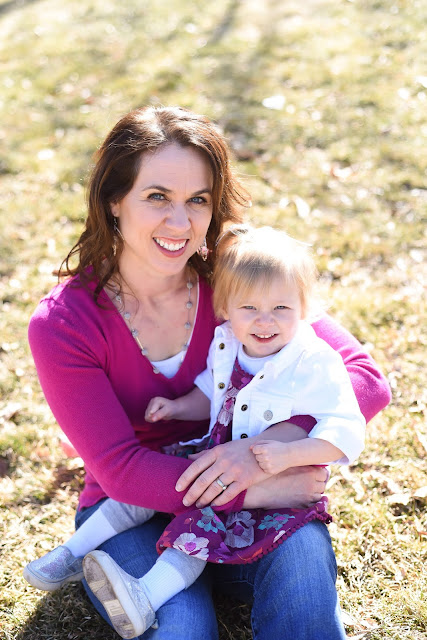 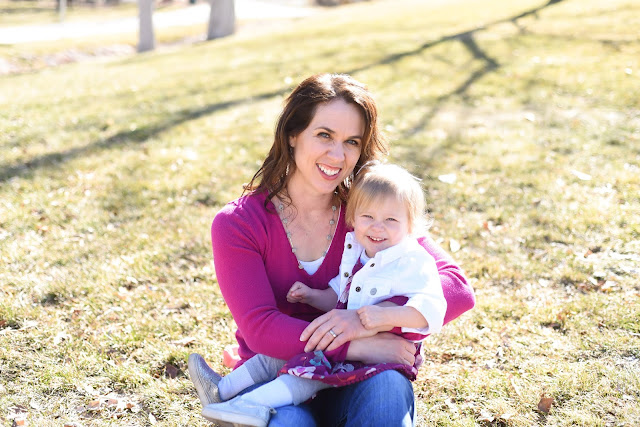 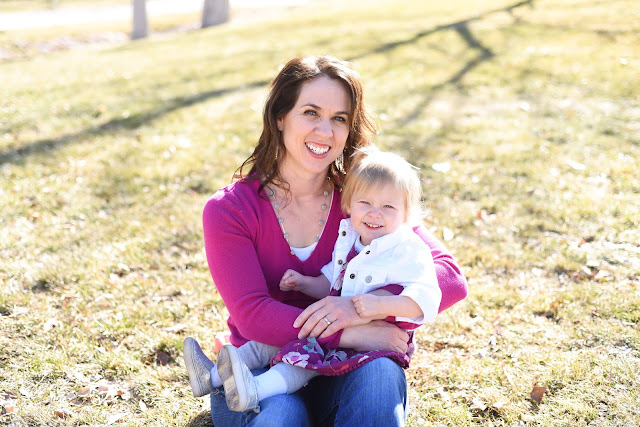 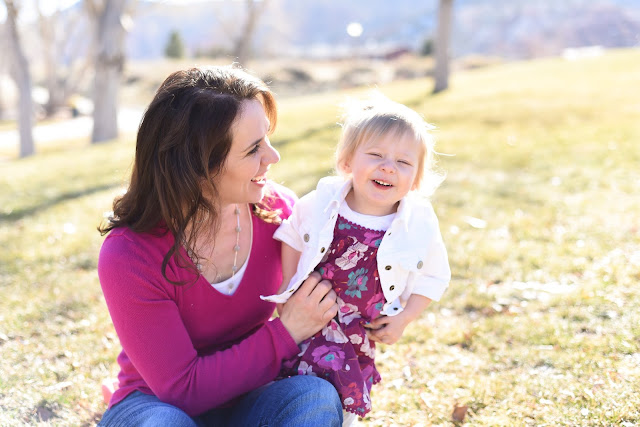 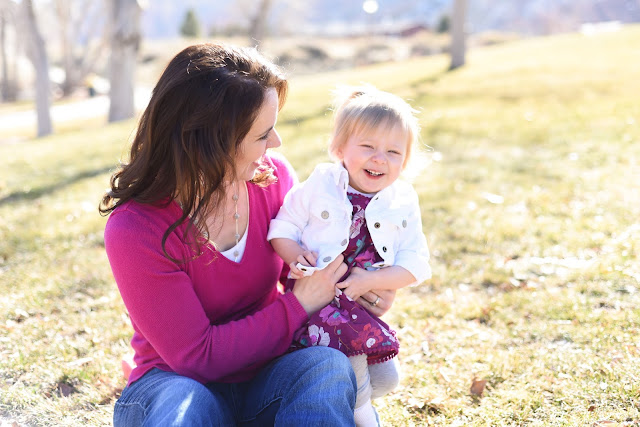 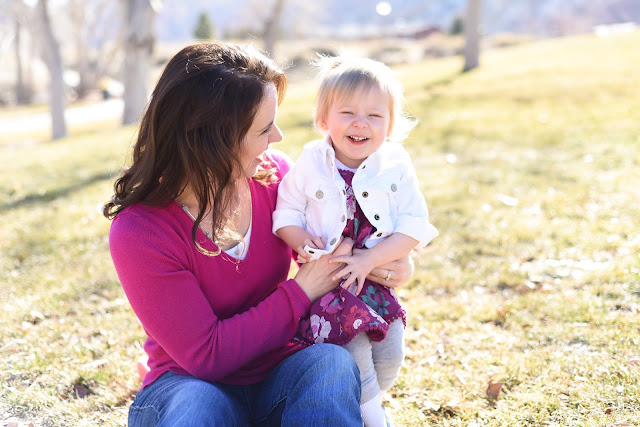 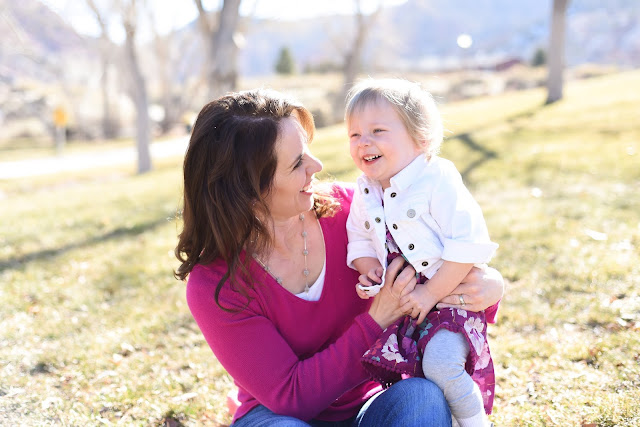 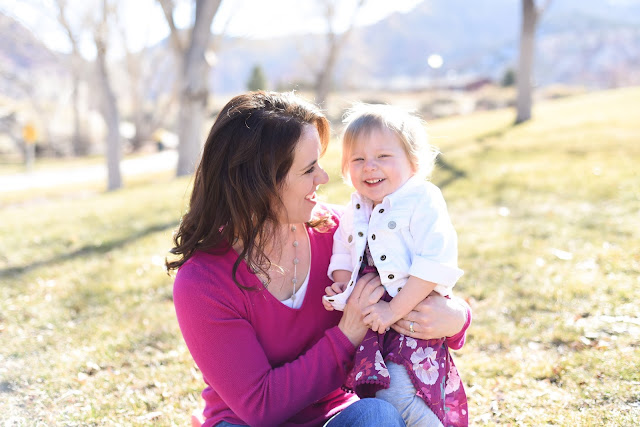 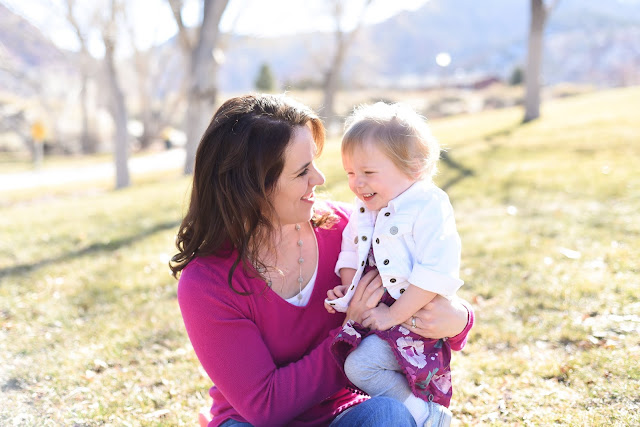 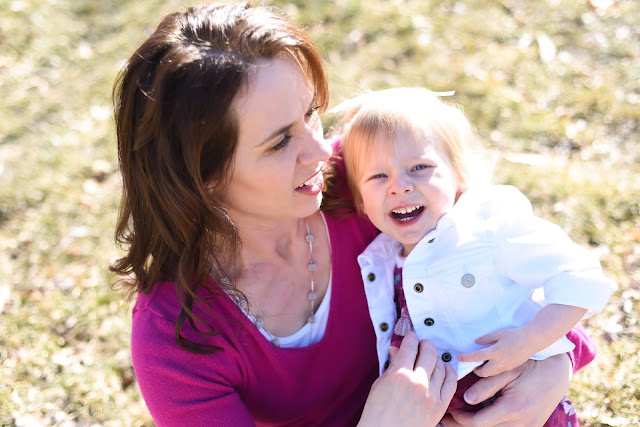 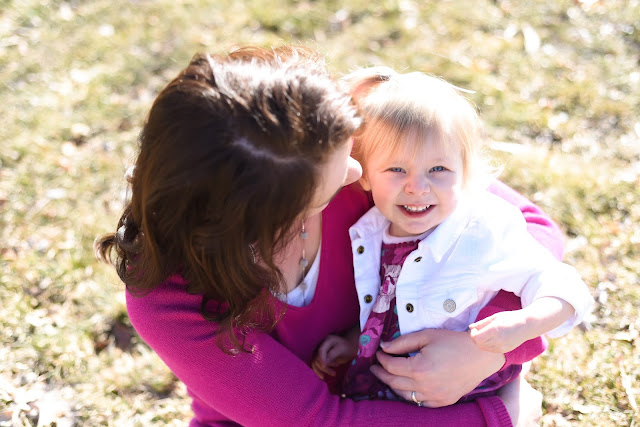 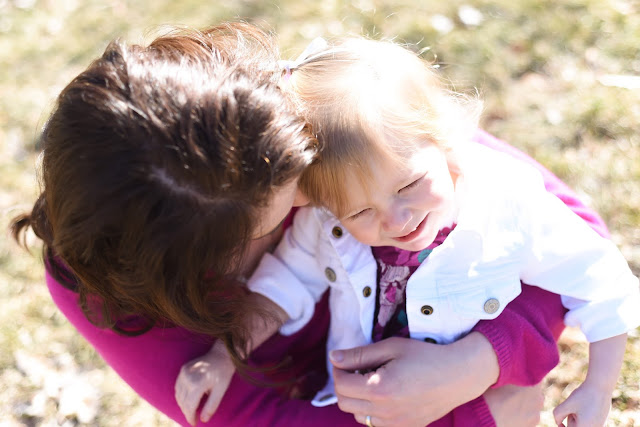 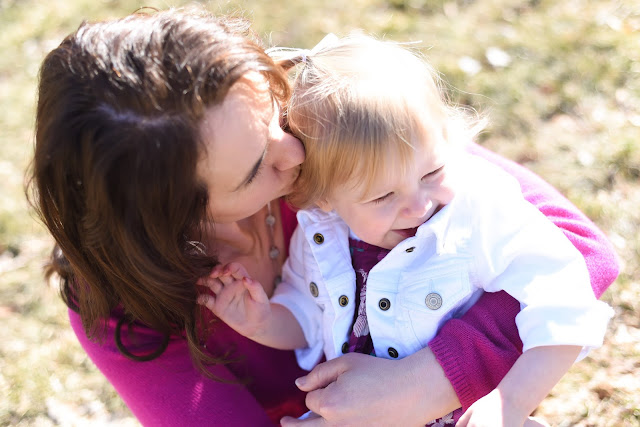 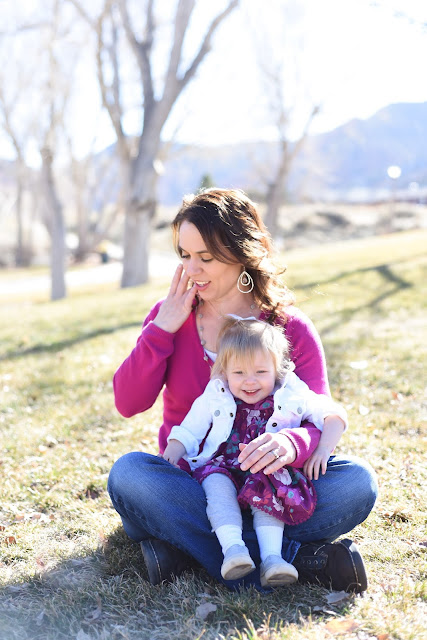 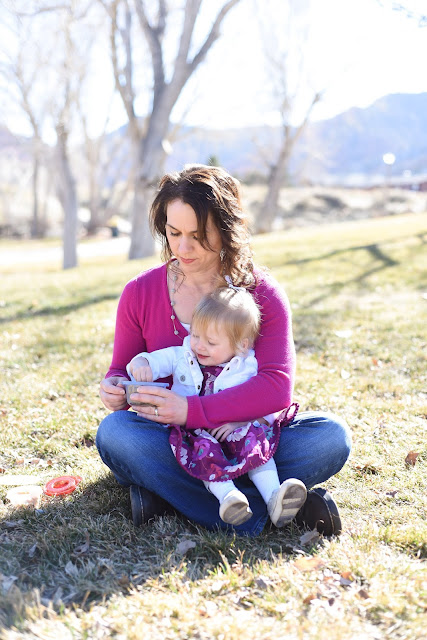 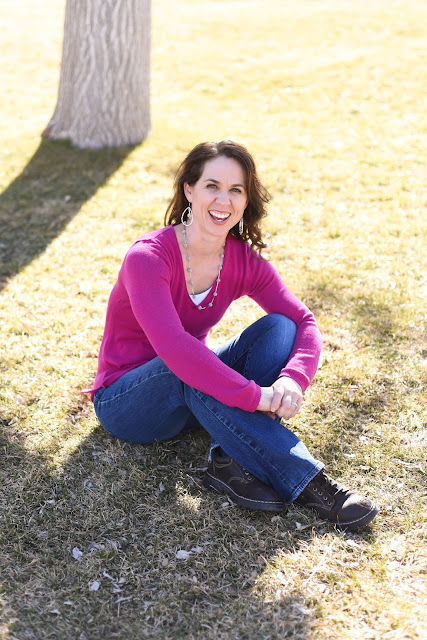 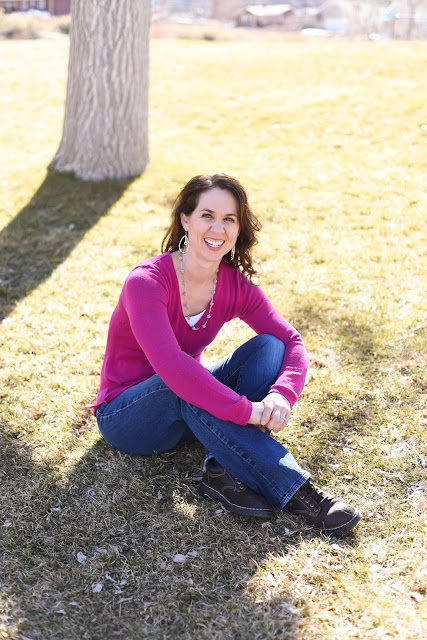 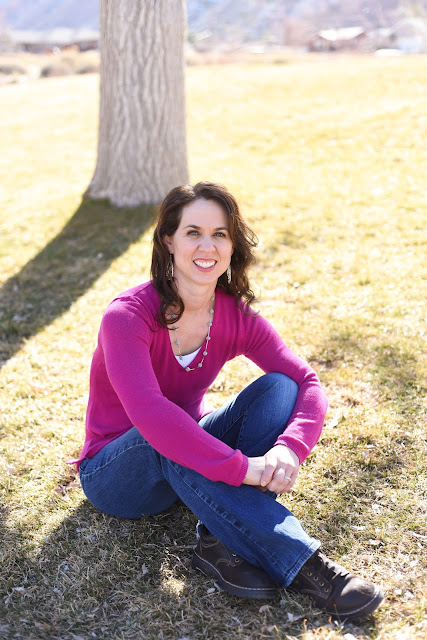 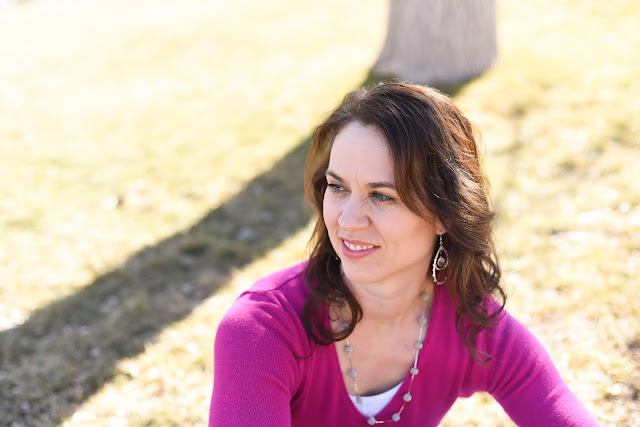 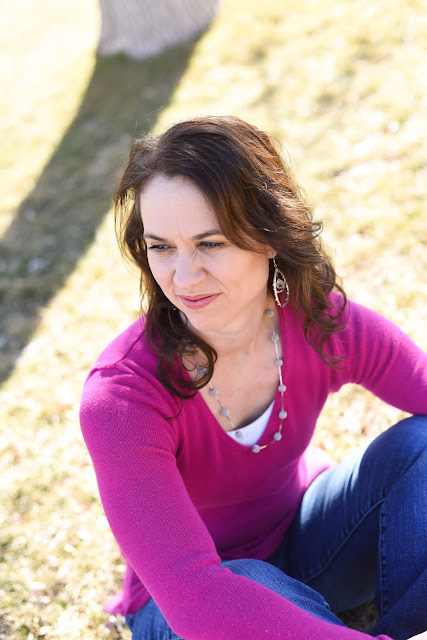 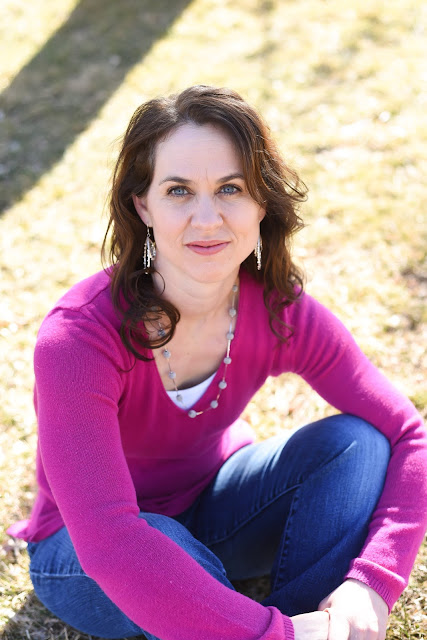 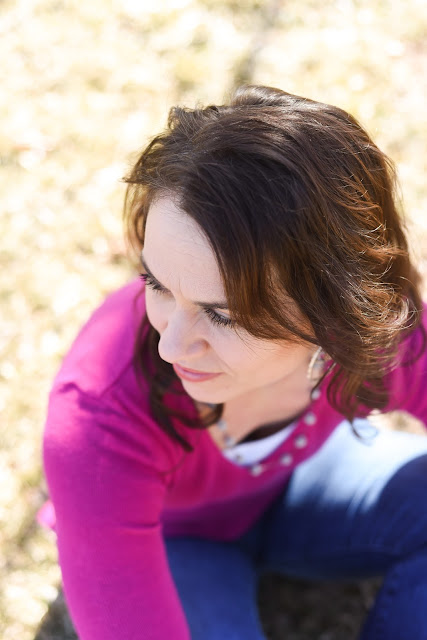